A Man on the Run, by Malcolm Gray

On 19 January some 40 members of the Lunar Society were treated to an extraordinary and enthusiastic talk entitled D H Lawrence – A Man on the Run, by Malcolm Gray, former Chairman of the D H Lawrence Society.

Malcolm’s talk was about how Lawrence always seemed to be running away, running away from the physical dirt of the mining community, from a strict religious up-bringing and from what he saw and hated, ‘the increasing materialism and mechanisation’ of the capitalist world’. As he travelled physically, he also travelled in terms of the evolution of his theology, of his political views and in terms of his exploration of human relationships, and of man and his place in the cosmos.

Malcolm led us through Lawrence’s short life (11 September 1885 – 2 March 1930). He explained that he was a prolific writer – of poetry, novels, short stories, plays, essays, and criticism.

Lawrence was born in 1885 in Eastwood, Nottinghamshire, the fourth child of Arthur Lawrence and Lydia Beardsall. After attending Beauvale Board School he won a scholarship to Nottingham High School. On leaving school in 1901 he was employed for a brief time as a clerk at the Nottingham firm of Haywards, manufacturers of surgical appliances, and from 1902 as a pupil teacher at the British School in Eastwood.
He attended the Pupil-Teacher Centre in Ilkeston from 1904 and, in 1906 took up a teacher-training scholarship at University College, Nottingham. After qualifying in 1908 he accepted a teaching post at the Davidson School in Croydon, and in early 1912, after a period of serious illness, Lawrence left his teaching post at Croydon to return to Nottinghamshire, shortly afterwards eloping to Germany with Frieda Weekley, the wife of Professor Ernest Weekley. They returned to England in 1914 prior to the outbreak of war and were married at Kensington Registry Office on 14 July. Confined to England during the war years, the Lawrence’s spent much of this time at Tregerthen in Cornwall.
In 1919 Lawrence and Frieda left England once more, embarking on a period of extensive travelling within Europe and then further afield to Ceylon, Australia, Mexico, and New Mexico. His health continued to deteriorate, and Lawrence returned to Europe with Frieda in 1925. During his last years Lawrence spent much of his time in Italy making only brief visits to England, the last in 1926. He died on 2 March 1930 at Venice in the south of France.
Malcolm articulated that Lawrence’s works are heavily autobiographical and the experiences of his early years in Nottinghamshire continued to exert a profound influence throughout his life.
He explained that controversy courted the writer incessantly, primarily because of the perceived explicit nature of his works. For instance, his novel, The Rainbow (1915), faced an obscenity trial and was banned, all copies being seized and burnt by the authorities. Lawrence’s opinions earned him many enemies and he endured official persecution, censorship, and misrepresentation of his creative work throughout the second half of his life, much of which he spent in a voluntary exile he called his “savage pilgrimage”. At the time of his death, his public reputation was that of a pornographer who had wasted his considerable talents.
Most importantly Malcolm was keen for the Society to appreciate that D.H. Lawrence is now rightly regarded as one of the most influential writers of the 20th century.

Many questions followed the talk and Malcolm encouraged anyone who has not read the works of Lawrence to do so with an open mind. When asked where to start with such a prolific writer he suggested the three most well known “The Rainbow, Woman in Love and Sons and Lovers” 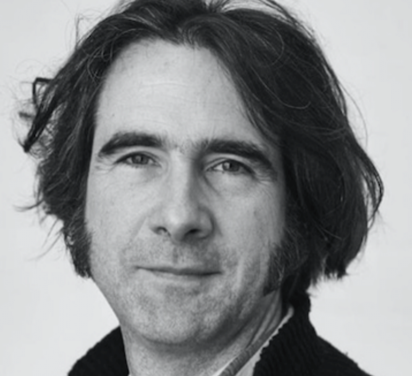