In Deirdre LaBassiere’s speech at the launch of Potteries Lunar Society, reproduced in full, she talked about the influence of potter Josiah Wedgwood and how his approach and his company’s output continue to resonate today – and how one item in particular is apposite to contemporary issues.

If you would reflect with me – let us, together, consider the beautiful pottery that was the gift of Josiah Wedgwood to the world, such that it extended to the creation of revolutionary and innovative porcelain ceramics that changed the way that we enjoyed our surroundings and our homes, enduring from the 1700s to today.

Josiah Wedgwood was a man who, it seemed to me, to have the blood of enlightenment, revolution and innovation running through his veins. He applied the same to business, as an entrepreneur, founding the Wedgwood company and engaging in the sale of goods that were much in demand by the upper classes of the time but using emulation effects to market less expensive sets to the rest of society; and with time achieving efficiencies in production, sales and distribution, such that he is often credited with being the inventor of modern marketing – pioneering direct mail, money back guarantees, self-service, free delivery, buy one get one free (of which I must admit I am a fan) and illustrated catalogues.

He was an innovator who through his experiments improved his pottery and invented green glaze, black basalt and jasperware – all of which were quickly copied. It is said that his greatest contribution to European ceramics was his fine pearlware, an extremely pale creamware with a bluish tint to its glaze. He was simply inspired and inspiring and, of course, he was an abolitionist, whom I was introduced to when I was only 11 years old. Like the esteemed author and historian Fred Hughes, I am not from Stoke, and although I was born in England, I grew up in the Caribbean.

So, come with me, back in time to a balmy Caribbean evening, on island of the Grenada, where I was discussing some homework relating to slavery which referenced The Lunar Society, including men such as Matthew Boulton, James Watt, Samuel Galton and Josiah Wedgwood, with my grandfather, Sir Robert Archibald Need.

Gramps brought out a pamphlet dating to the 1700s which, to my amazement, had the relief of the very medallion that was in my history book. It was a medallion that showed a black man looking up; with his arms in broken chains, exhorting, “Am I not a Man and a Brother.” If you will allow me, I must admit, it was particularly poignant then, to be introduced to Josiah Wedgwood of The Lunar Society in that way when I was 11 years old given given that my grandmother, Lady Nedd, had a set of Wedgwood china.

I do think that his medallion is still relevant today as race relations has been brought into sharp focus over the course of the last year, through the murder of George Floyd, where we have been yet again, having to engage in all walks of life and stratas of society in the advancement of the inherent worth and dignity of every person, the free and responsible search for truth, the use of the democratic process in the pursuit justice, regardless of race, culture or background. The question always at the back of the mind, “Am I Not A Man and A Brother.” Indeed, I dare say, that I am the result of his efforts, today, sitting as Chair of The Lunar Society.

I have never engaged in pottery other than enjoying the finished work. My fellow Lunar Society Executive Member, John Rainford, who is on the call this evening, tells me that he worked his first ever job at the Wedgwood factory so learnt about potteries first hand.

I would imagine, that much like being on a potter’s wheel, Josiah Wedgwood and his fellow contemporaries, of the original Lunar men, amongst them those who I have already named and also in addition, Erasmus Darwin, Richard Edgeworth, Thomas Day, Thomas Bicknell and Joseph Priestley to name a few, who would meet in Birmingham at Soho House in the 18th century, on a full moon much like tonight; would turn on the potters wheel of their minds the ideas of the Enlightenment that gave rise to principles upon which we strive to stand today: liberty, equality, constitutional and accountable government and free enterprise. They revolutionised society as thinkers, scientists, artisans, artists and merchants…with Josiah being a thinker, a scientist, an artisan, an artist and a merchant all rolled into one. As one of the founding fathers of the industrial revolution, he created a new artistic industrialism that democratised not only division of labours, scientific experimentation and commerce but also democratised society, extending to the abolition of slavery.

Fast forward to The Lunar Society of 2021.   The modern-day Lunar Society was reformed in the 1980s by a group of leading individuals in the City of Birmingham, including the late Dame Rachel Waterhouse, the late Sir Adrian Cadbury alongside Hon Alderman John Charlton and Harold Blumenthal (both leading Councillors, Labour and Conservative respectively) which is a great foundational testimony to the apolitical nature of the Lunar Society.

It was formed at a time when there was great cultural, social and political upheaval, including the then deathly epidemic of hiv/aids, the miners’ strikes, and massive unemployment with the multiplier effect of crime and deprivation. The Lunar Society was created to provide a forum for its members to influence change though focused and informed debate, linking social, economic, scientific and cultural thinking, and catalysing action on issues critical to the common good. It attracted then and continues to attract leading practitioners from all walks of life in Birmingham, the wider region and indeed, the world (as has been borne out this last year, through the use of technology via Zoom) such that we engage in debates and discourse with individuals all over the world. Indeed, through the hard work of long time Lunar Society member and heritage lead for the Society, Dr Peter Mayer and Dr Peter Borg-Bartolo, Vice-Chair we recently held an evening with the renowned historian and investigative journalist Anton Chaitkin, from his home in America. In that Zoom call we explored amongst other things, the fascinating relationship that the original Lunar men, including Josiah Wedgwood, had with Benjamin Franklin and their impact and influence on the American Revolution.

The modern-day Lunar Society, in the tradition of enlightenment, continues to be that apolitical forum for discourse that inspires new generations of thinkers and innovators providing that space for us to learn from our history whilst forging our future, working actively with other like-minded organisations to provide a dynamic programme of activities which stimulate ideas, broaden debate and catalyse action.

Over the years we have attracted significant individuals to speak amongst them Sir Mervyn King, former Governor of the Bank of England, HRH Duke of Gloucester, Dame Louse Casey, Sir Paul Nurse, Nobel Prize Winner for his part in discovering protein molecules that control the division of cells in the cell cycle and more recently, Lord Simon Woolley. We play a significant role in developing initiatives including development of transport and climate strategies for the city of Birmingham and the wider region and the development of the Aston Reinvestment Trust (in which the Lunar Society continues to be an investor) and the Water Hall Gallery of Modern Art.

This is why we are so excited to be partnering with and aligning with the Potteries Lunar Society.

I was privileged to be invited, recently, to attend a Potteries Lunar Society executive meeting and I was, frankly, blown away by the passion and drive for the betterment of society and particularly the engagement of the youth that is a clear driver for the organisation such that heritage, innovation and diversity (all areas which The Lunar Society champions) are key to the Potteries Lunar Society.

We are privileged to have amongst the Executive the vision and expertise of the incomparable John Rainford, whom I very much consider to be a global futurist, who is leading within the Society a series of Lunar X talks, very much in the spirit of Ted-X talks and we will be building upon the successful programme of events that we have had over the last year. Indeed, I was most gratified to read a comment by an individual on LinkedIn who called the organisation, in the time of COVID, “Compassionate, relevant and forward-focussed.” We would very much want to build upon the Lunar X and other initiatives to advance the activities of the Potteries Lunar Society on the Wedgwood Innovation Scale, as detailed earlier by Annette Cartlidge, drawing on Multiple Technologies, Design, Production, Merchandising, Sales, Marketing, Art, Culture and Ceramics.

We have started to make links with the Musk Foundation and I have been told that Elon Musk is a Josiah Wedgwood fan. In addition, we are working on a bid to the Heritage Lottery in relation to the Commonwealth Games and are utilising Josiah Wedgwood as one of our focus individuals in regard to heritage for the future. I feel that there is a significant value that the Potteries Lunar Society brings to our local communities, the region and indeed the world and I pledge the support of the Birmingham Lunar Society and I certainly add my personal support to its activities.

Lastly, I thank the Executive Committee of the Potteries Lunar Society for asking me to speak tonight and I wish you the best of success in your activities as you build upon a powerful legacy that translates into creating transparent, open forums for meaningful, influential and impactful dialogue that will inevitably translate into actions that change our society for the better 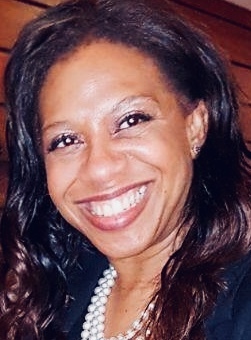 Lunar Society Chair Deirdre LaBassiere FTLS LL.B(Hons) (pictured) was amongst the speakers at the launch of the Potteries Lunar Society.