Kate Turner Assistant Curator at the V&A Wedgwood Collection in Barlaston has written a fascinating account of the live research project she led with local students in regards to the Josiah Wedgwood anti-slavery medallion from 1787 held in the collection.

Kate helps to care for the vast and varied collection of ceramics and artworks while looking for exciting ways to share the fascinating stories that these objects can tell.

I Am a Man and a Brother: Live Research Project at the V&A Wedgwood Collection

In 1787, potter Josiah Wedgwood produced a medallion in jasper in support of the abolition of the slave trade. It depicts a black half-naked man kneeling with his chained hands upraised. Above him is the legend ‘Am I Not a Man and a Brother?’. 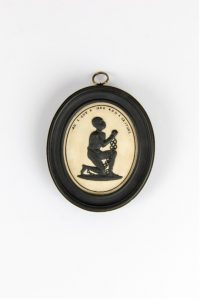 Am I Not a Man and a Brother?, anti-slavery medallion, white terracotta and black basalt, 1787, © Fiskars

A forerunner of the protest badge and made to influence legal change, Wedgwood’s medallions were distributed for free at abolitionist society meetings and became objects for political reformers to rally around.

In 2020 the global Black Lives Matter movement gained further momentum and support, and while Josiah Wedgwood has rightly been hailed as an unusual and prominent 18th-century voice in the campaign for the abolition of the slave trade, the story is much bigger and more nuanced than what has so far been told. There are numerous examples of miscommunication surrounding the medallion across the internet – not least the Wikipedia entry which incorrectly states that Josiah Wedgwood designed the iconography himself. And in our own galleries at the V&A Wedgwood Collection, the context of the medallion could be significantly expanded to explore the nuance of this object and its contemporary relevance. 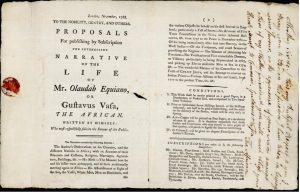 Letter showing the proposals for publishing by subscription The Interesting Narrative of the Life of Mr Olaudah Equiano or Gustavus Vassa, The African, 1788 © Fiskars

The Wedgwood anti-slavery medallion is now the focus of an exciting live research project at the V&A Wedgwood Collection. Considering the medallion amongst other objects in our collection helps us to examine the wider story of the campaign for the abolition of the slave trade. For example, letters shared between Josiah Wedgwood and prominent black abolition campaigner Olaudah Equiano help us to understand Wedgwood’s role as an ally. Conversely, we battle with the complexities of Josiah campaigning for abolition and personally abstaining from sugar while manufacturing and profiting from the sale of sugar bowls to hold the products of enslaved labour.

To re-examine this iconic object and its contemporary significance, we’ve been working with our local communities, finding out what the object means to them and how they feel the story should be told.

We recently embarked on a week-long workshop with art and design students at the City of Stoke-on-Trent Sixth Form College, designed and delivered with Grace Barrett, founder of anti-racism teacher training programme I Am Ally, and Georgia Haseldine, Public Engagement Fellow at the V&A Research Institute.

Drawing together strands of history, art and allyship, the students were able to interrogate the medallion, its purpose and iconography and to think about an appropriate design for a contemporary object of protest.

Designs featuring broken chains to invert the imagery of the original medallion sat beside the symbolic raised fists of the Black Lives Matter movement and hands held together to symbolise unity. Some incorporated flowers and the idea of growing together, while others took inspiration from the bold lines and empowering drawings in artist Emory Douglas’ designs for the Black Panther movement.  After creating their unique designs, the students modelled their medallions in wax before casting them in plaster. They then created their medallions by pressing Wedgwood jasper into the moulds, reflecting the traditional medallion-making processes used at Wedgwood. 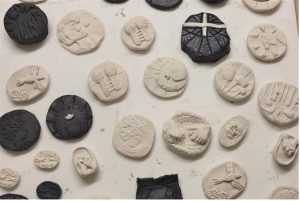 In September, these medallions will go into a student-curated display I Am a Man and a Brother, alongside a self-led trail around the V&A Wedgwood Collection galleries to explore objects in our collection which help to set the story of the anti-slavery medallion in context.

The students agreed upon a unifying image to guide visitors through the spaces. The design shows the recognisable raised fist motif, emerging from the iconic Stoke-on-Trent skyline of bottle kilns, and plays with the wording from the original 1787 medallion, transforming it into a statement rather than a question. 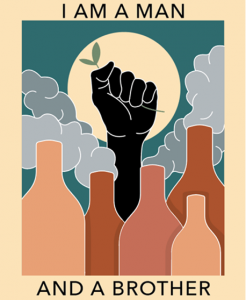 I Am a Man and a Brother, designed by Amy Sproston, City of Stoke-on-Trent Sixth Form College

Come and share your thoughts about the next steps in the project and how we should continue to share the story of this significant Wedgwood object.

Look out for more activity to come, including the launch of a range of digital resources, by following us @vawedgwood 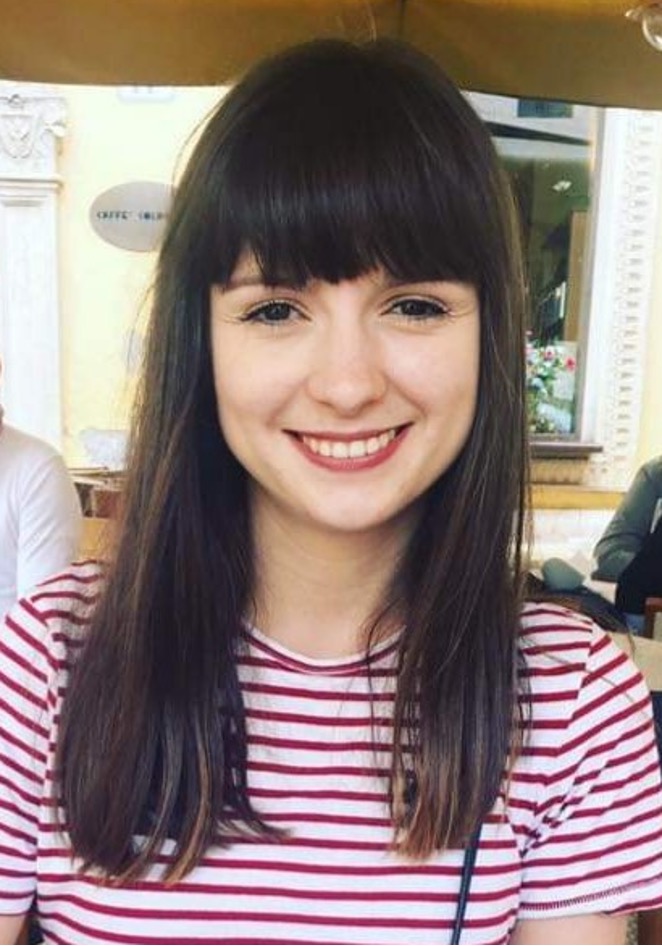