We learned a lot from the fostered children we cared for – we learned humility, patience and new moves around Aikido (some of the children were violent). We also learned the joy of them being healed in spirit. 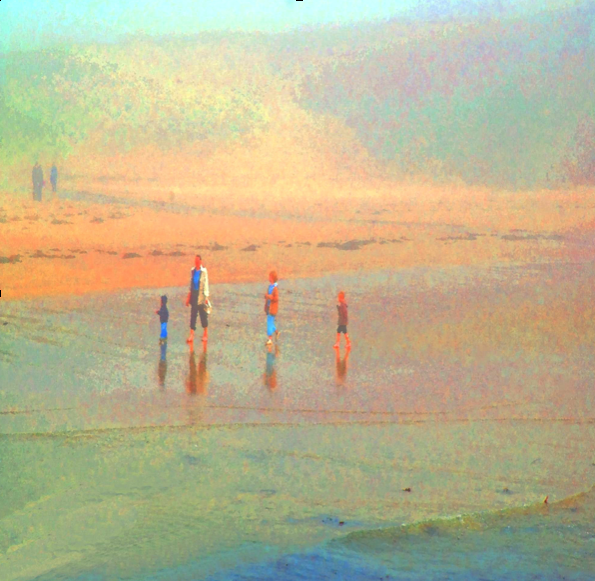 The ‘Foster Kids’ acrylic by John Rainford: “These foster children depicted here, had never seen a beach before.”

They all came from troubled backgrounds – but as their confidence grew – they would volunteer for things at school, like school plays. We (the whole family) were proud at what they had achieved. Our proudest moments come from the fact that years later they still keep in touch and ask our advice. A truly humbling experience. Even more significant when you realise the same techniques for developing these young people were the very same that helped Leaders throughout the world navigate problem solving. Many of the issues they had, particularly with mentoring, either as individuals or groups were issues about confidence in decision making and what held them back.

Fostering – as a family we learned so much about humility and how NOT to judge someone by their actions.

One of the Fostered children would sneak downstairs at 3.00am (in the morning) to take food out of our fridge and hide the food under his bed. When we asked him why he did it, after all he could eat as much as he wanted whenever he wanted. He replied (rather ashamed of himself) that his parents would be cross – even though he would be starving most of the time. They would punish him by starving him if he didn’t behave. Naturally we were shocked, and we permitted him to continue if that was his wish (though he didn’t need to). After a while – having empowered him, he gave up hiding his food to the relief of everyone.

One of the most important lessons to learn (about confidence building) is empowerment and a non-judgmental approach – to behaviour. The behaviour is not the person – but often stems from a cry for help.

One of the Fostered children kicked our beloved dog (a small Yorkshire Terrier) just to get a reaction from us, in this case the young lady in question would systematically throw objects at us – knowing full well that she would get a yelp or equivalent. When she realised that we were animal lovers, it seems, it was more satisfying to be cruel to our pets. However you might react – you could not ignore such acts.

Judging a behaviour – is not the person. This particular lady had been known to bite a teacher’s finger – if the teacher dared to wag their finger in front of her. If the reaction is one of anger – she has received the attention she wanted. However, this was not the reaction she received. Instead – we talked about this behaviour – in a different light. She was not sent to her room (isolation is the most damaging and emotionally cruel thing anyone can do – but some parents still do it) – instead we gave her a story about a Wolf. A good wolf and a bad wolf. The story goes something like this. In everyone there is a good wolf and a bad wolf – which gets stronger? The one you feed. Whilst this is an interesting story – it also reveals that what you focus on – you get back. If it is negative thoughts you have – or bad thoughts they will come back at you. What you focus on – you get back. An important lesson in Leadership.

Respite Fostering – this is where we would have Foster children for the weekend – were the parents weren’t intentionally negligent – but just couldn’t manage themselves. We had a young person who was the primary caregiver in her home, for example, she would have to change the nappy of a 2 year old.

What was sad about this little girl was that she had never seen or been to a beach before. I must stress at this point – that the parents were barely able to look after themselves. They both had mental health issues. Though we couldn’t fix the damage that these disadvantaged kids had suffered – we could give them a loving home and most important from a Leadership perspective – showed that there was another reality.

We were very proud when one of the children who was known for crying every day in class at school – plucked up the courage to join a school play. The headmistress couldn’t believe the change that manifested itself as ‘more confident’ despite the ordeal they had all gone through for all of their lives.

One of the most enduring lessons for the children – was that they had seen a better reality, a better version of themselves that they could aspire to. A fundamental part of the Leadership journey.

Art Therapy and Creativity was an integral part of the Learning. It helped to build up their self esteem and their sense of self worth.

Small details have been changed to protect the identities of the fostered children. We have taken advice from early learning psychologists and experts on mental health issues. The research from the Central European University on child development concludes that… “young children are fully aware of social hierarchies and leadership roles both within themselves and adults. They track the contributions of individuals within a group and withdraw from situations when others are not doing their part. They respond to the challenges and anxieties that leadership represents to them and others, even at an early age.”

I cannot quote the children’s names or their well wishes to us as a family, or comments, except to say they learned some good techniques about how to be a good person, we called it the ‘Inner Leader within’ – but I can refer you to others who were not in Foster Care…here are a few comments.

All of these names below have been given by the participants of the confidence workshops and help to describe the processes we used for Leadership and Confidence Building. Many of them were students or young people that needed their confidence building (from links with the Samaritans).

“I feel this event has created a turning point in my life. Thank You.” Rowan O’Connor.

“I am confident I won’t be lost anymore, thank you.” Cosmo Southall.

“Fantastic, explained everything and helped me to understand more about how self confidence comes from within. Thank you so much, I feel excited and liberated.” Gena Jenkins.

“The workshop has allowed me to think differently about life. After attending John’s classes this has now changed me and I am always thinking of how I can better myself. I have become more focused on achieving my dreams.” Nuzhat Yasmin

”I really enjoyed the course, particularly your focus on creativity and visualisation. The transformational techniques opened my eyes, and were a revelation to me.” Brian Hill.

“A true paradigm shift. I now have a new perspective on how to tackle my demons. Thank you.” Liz Painter.

“His classes are always exciting and enriching, he broadened my horizons and imparted a lifetime knowledge.” Hamajam Adamu

“The creative session had an impact on the way I think, from confidence building to pressing on with ideas that I believe will work, and how to tackle future barriers.” Adam Willoughby.

“Mind opening, the world is at your feet, you just have to reach out in the right way, this course has changed my life.” Michael Graham.

“You helped me to understand that with the right attitude, nothing is impossible, my heartfelt thanks.” Sabah Ouaksar. 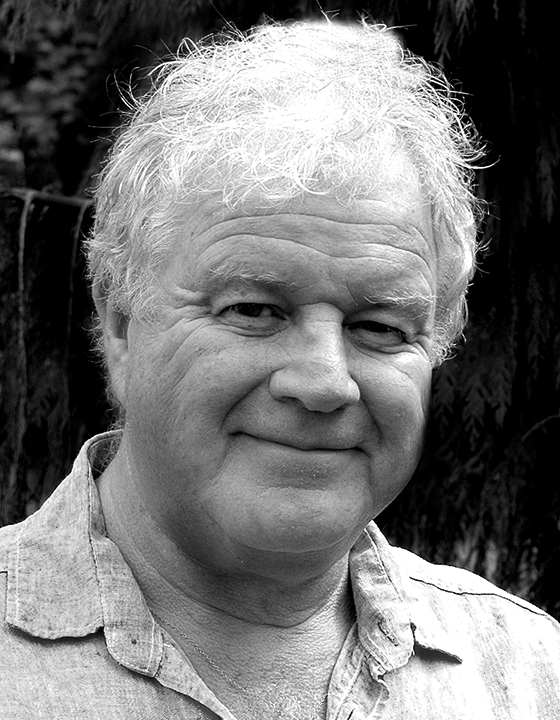 John Rainford FRSA, FTLS and founder of the Darwin Matrix, says that the links between Leadership, Confidence and Fostering, may appear rather tenuous might surprise many as to how empathy can play a pivotal role in building confidence – heralding in a new type of World Leadership based on Compassion and Resilience.