This year’s Sir Adrian Cadbury Lecture will be given by Meg Hillier MP for Hackney South and Shoreditch, is Chair of the Public Accounts Committee in Parliament.

Elected as a MP in 2005, Meg was a junior minister from 2007-10. She has previously served on the Speaker’s Digital Democracy Commission and, more recently, on the Joint Committee on the Draft Parliamentary Buildings Bill.

Before entering Parliament, Meg served as a councillor in Islington for eight years and was one of the first elected members of the London Assembly in 2000.

With her experience of holding the most senior government officials to account and investigating value for money and efficiency in government projects, Meg will reflect on the role of her committee in ensuring good and effective government. 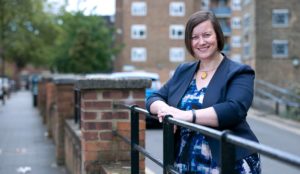 Recent inquiries have cast a critical eye over issues such as Brexit preparations, defence procurement, the Windrush scandal, Crossrail and local government spending.  Few committees range as widely over the most controversial issues facing government and the country.

Come and hear Meg speak and take the chance to get the inside track on the methods and challenges of holding government and its contractors to account.

Tickets are FOC and are available for reservation.

The lecture is, once again, kindly sponsored by Aston University and the George Cadbury Fund.

Please book online following the instructions below. You can alternatively telephone The Lunar Society secretariat on 01564 82 1582. You can also e-mail your request to info@lunarsociety.org.uk. Please note, the office is open during normal working hours, Monday to Friday and is closed weekends and bank holidays.