The 2019 Boulton and Watt Series of Lectures

The first in the 2019 Boulton and Watt series of lectures has two eminent professors giving their opinions on what is responsible for climate change.

How well do we understand what controls our climate?

The hypothesis that man-made CO2 has caused warming over the last century is widely accepted and that unless the output of CO2 is drastically reduced, we face a global catastrophe involving intense heat waves, droughts, violent storms and large rises in sea level. In the light of these predictions, the government has set a target for the UK to be ‘Carbon Neutral’ by 2050 and Birmingham City Council is suggesting that this be brought forward to 2030 for the city.

It has been suggested that meeting these targets will cost over £1trillion and we are confronted with a choice of either Armageddon or vast expense. Faced with that scenario, the UK is committed to spending whatever is needed to avert disaster, which seems eminently reasonable.  However, articles published in scientific journals suggest that there is an additional hypothesis that should be openly discussed. This hypothesis considers the interaction between cosmic rays and solar activity in the influencing of cloud cover and thus, our climate.

The main aim of the lecture is to assess the evidence for, and limitations of, each hypothesis. There will be two talks, one given by Professor Mike Lockwood, FRS, Professor of Space Environment Physics at the University of Reading, who will speak on “Global and Regional Climate Change: What We Know and What We Do Not Yet Know”, supporting the CO2 argument. The second will be given by Professor Henrik Svensmark, physicist and professor in the Division of Solar System Physics at the Danish National Space Institute in Copenhagen and the originator of the cosmic ray hypothesis, entitled “The Role of Sun in Climate: Is it important?” The lectures will be followed by a Q & A session.

Tickets are free of charge.

To submit a question to a speaker, in advance, please email it to info@lunarsociety.org.uk. In addition, questions will be taken from the floor, post-lecture.

The Lunar Society’s 2019 Boulton and Watt Lecture is kindly sponsored by Breckland Scientific and hosted by the University of Birmingham. 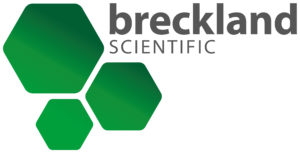 Please book online following the instructions below. You can alternatively telephone The Lunar Society secretariat on 01564 82 1582. You can also e-mail your request to info@lunarsociety.org.uk. Please note, the office is open during normal working hours, Monday to Friday and is closed weekends and bank holidays.