2019 marked the 200th anniversary of the death of James Watt (1736-1819), one of the most important historical figures associated with Birmingham and the Midlands.

Born in Greenock in Scotland in 1736, Watt moved to Birmingham in 1774 to enter into partnership with Matthew Boulton (1728-1809) to manufacture an improved steam engine that incorporated his innovation of the separate condenser. The Boulton & Watt engine was to become, quite literally, one of the drivers of the Industrial Revolution in Britain and around the world.

In addition to his steam engine work, Watt was a man of many other talents – scientific instrument maker, civil engineer, chemist, inventor and member of the renowned Lunar Society.

During his lifetime he was famous, and after he died he was elevated to the status of a national hero. In the last thirty years, however, awareness of Watt has diminished and so the 2019 Bicentenary provided an opportunity to revisit and review his achievements.

Supported by the National Lottery Heritage Fund, the James Watt Bicentenary programme saw around 100 different activities and events taking place in the city during 2019 to commemorate, celebrate and explore the life of James Watt and his global legacy.

The centrepiece of the Bicentenary year was a major exhibition on James Watt, Watt in the World, which ran from 12 July to 2 November at the Library of Birmingham.

Other activities included talks, tours, films, concerts, art installations and family activities; a major new book on Watt and his life published by History West Midlands; a schools programme; a city heritage trail; a community engagement programme that focussed on Handsworth (where Watt lived for 30 years until his death in 1819) and a conference hosted by the University of Birmingham.

A key objective of James Watt 2019 was to inspire young learners to discover the life and legacy of one of Britain’s foremost inventors, innovators and engineers. This was achieved though a series of workshops in ten schools, including Four Oaks Primary and James Watt Primary, delivered by heritage education team, Mrs History.

Sessions linked with National Curriculum areas of learning in history, science, literacy, maths and art. They included a timeline activity to provide an understanding of chronology, an interactive presentation and a range of activities using object handling and archive material to tell the story. Children had the opportunity to dress up in costumes from the era of James Watt and learn about his life and his work. Sessions were fun and interactive but with focused learning objectives.

An independent assessment of James Watt Bicentenary 2019 has been produced by PMP Consultants and is available to view here. 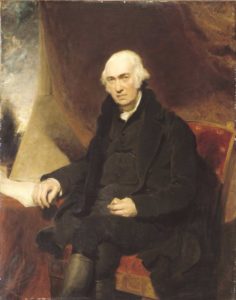