James Watt, inventor, mechanical engineer and chemist, was born in Greenock in Scotland. His steam engine, an improvement on the Newcomen steam engine, was fundamental to the development of the Industrial Revolution not only in Britain, but across the world.

When he was eighteen, his mother died and his father’s health began to fail and so Watt travelled to London to study instrument-making for a year, then returned to Scotland, settling in Glasgow with the intention of establishing his own instrument-making business. He made and repaired brass reflecting quadrants, parallel rulers, scales, parts for telescopes, and barometers, among other things. However, because he had not served the minimum seven years required as an apprentice, the Glasgow Guild of Hammermen, which had jurisdiction over any artisans using hammers, blocked his application.

It was whilst worked on maintaining and repairing astronomical instruments at the University of Glasgow, which were eventually installed in the Macfarlane Observatory, that three professors, including Joseph Black and Adam Smith, offered Watt the opportunity to set up a workshop within the University.

Watt became interested in steam power whilst working as an instrument maker at the University of Glasgow. He saw that engine designs wasted a great deal of energy by repeatedly cooling and reheating the cylinder. Watt introduced a design enhancement, the separate condenser, which avoided this waste of energy and improved the power, efficiency, and cost-effectiveness of steam engines. Eventually he adapted his engine to produce rotary motion, greatly broadening its use beyond pumping water. It was only when he went into partnership with Matthew Boulton that Watt was able to make his invention commercially viable. Watt’s previous supporter was declared bankrupt and Matthew Boulton, who at this time owned the Soho Foundry works, acquired his patent rights. The Boulton Watt partnership lasted 25 years.

An extension of the patent to 1800 resulted in success and wealth. Watt developed the concept of horsepower and the SI unit of power, the watt, was named after him.

In 1764, Watt married his cousin Margaret (Peggy) Miller, with whom he had five children.

Cornish chemist and inventor, Sir Humphry Davy, said of Watt, “Those who consider James Watt only as a great practical mechanic form a very erroneous idea of his character; he was equally distinguished as a natural philosopher and a chemist, and his inventions demonstrate his profound knowledge of those sciences, and that peculiar characteristic of genius, the union of them for practical application”.

He died at his home aged 83. He was buried in the graveyard of St Mary’s Church, Handsworth. The church has since been extended and his grave is now inside the church. 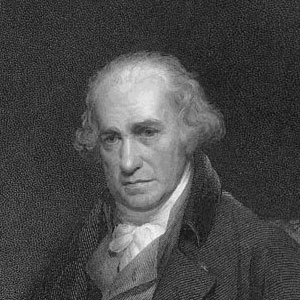