Joseph Priestley is known as the inventor of soda water and he wrote copiously on electricity, although his defence of phlogiston theory and rejection of what would become the chemical revolution eventually left him isolated within the scientific community.

Priestley strongly believed in the free and open exchange of ideas; he was an advocate of tolerance and equal rights for religious dissenters, which also led him to help found Unitarianism in England. The controversial nature of Priestley’s publications, combined with his outspoken support of the French Revolution, aroused public and governmental suspicion; he was eventually forced to flee, in 1791, first to London, and then to the United States, after a mob burned down his home and church. He spent the final ten years of his life living in Pennsylvania in the USA.

Both a scholar and teacher, Priestley published a key work on English grammar and books on history. These educational writings became some of Priestley’s most popular works. However leading philosophers were to cite his metaphysical works as being among the primary sources for utilitarianism.

He was the eldest of six children. He was sent to live with his grandfather around the age of one. He returned home, five years later, after his mother died. When his father remarried in 1741, Priestley went to live with his wealthy and childless aunt and uncle. He was a precocious, intelligent child who became a leading 18th Century English theologian, dissenting clergyman, natural philosopher, chemist, educator and Liberal political theorist, who published over 150 works. He is usually credited as being one of the discoverers – along with Carl Wilhelm Scheele and Antoine Lavoisier – of oxygen, having isolated it in its gaseous state. 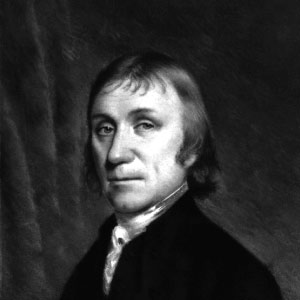