Josiah Wedgwood was not only an innovative designer and a manufacturer of high-quality pottery but also a campaigner for social reform.

Josiah Wedgwood was born into a family of potters in Burslem, Staffordshire. His father’s death in 1739 led him to an early start working as a ‘thrower’ in the pottery of his eldest brother, Thomas, to whom he was later apprenticed. An attack of smallpox resulted in the amputation of Josiah’s right leg in 1768.

Thomas refused his younger brother a partnership in the business, so Josiah moved to other firms and then he opened works of his own. Josiah Wedgwood had a ‘hands-on’ approach to his business, making models and preparing clay mixes. In 1769, he opened a new factory at Etruria, near Stoke-on-Trent, in partnership with Thomas Bentley. Attached to the factory was a village, where Wedgwood’s workers and their families could live in a pleasant environment.

Wedgwood introduced durable, simple yet regularly-shaped pottery and his cream-coloured earthenware was christened ‘Queen’s Ware’ after Queen Charlotte, who appointed him Queen’s Potter in 1762. Other eminent patrons included Empress Catherine II of Russia, who ordered 952 pieces in 1774.

Wedgwood experimented with barium sulphate (caulk) and from it produced jasper, in 1773. Jasperware, which is used for a range of ornaments, blends metallic oxides, often blue, with separately moulded reliefs, generally white.

1780, when Bentley died, he asked fellow Lunar Society member, Erasmus Darwin, for help. Darwin’s son would later marry Wedgwood’s daughter and they were the parents of Charles Darwin, the naturalist and father of the theory of evolution. Wedgwood was elected a fellow of the Royal Society in 1783. 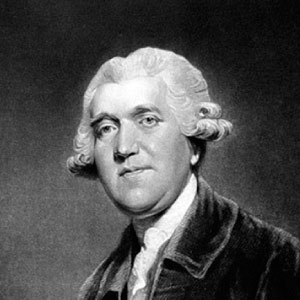