In the final quarter of the 18th century, the partnership installed hundreds of Boulton & Watt steam engines, which made possible the mechanisation of factories and mills. Boulton applied modern techniques to the minting of coins, striking millions of pieces for Britain and other countries, and supplying the Royal Mint with equipment.

Born in Birmingham, he was the son of a manufacturer of small metal items. Boulton managed his father’s business for several years, and then began implementing expansion plans. He consolidated his business at the Soho Manufactory, built for him in Soho, Birmingham, adopting new techniques, branching into silver plate, ormolu and other decorative arts. He became associated with James Watt when Watt’s business partner, John Roebuck, was unable to pay a debt to Boulton, who accepted Roebuck’s share of Watt’s patent as settlement. He then successfully lobbied Parliament to extend Watt’s patent for an additional 17 years, enabling the firm to market Watt’s steam engine. The company proceeded to install Boulton & Watt steam engines in Britain and abroad.

Boulton and Watt both featured on the Bank of England’s Series F £50 note. 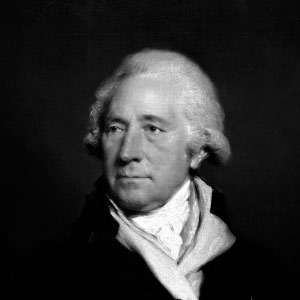