Next Chapter in The Lunar Society’s development

I am very honoured to have been elected Chair of The Lunar Society. I owe my membership of The Lunar Society originally to John Charlton who attracted me to the Society by the ideas of fair and worthwhile, meaningful discussion in a forum that is apolitical and non-partisan.

These ideas have proven to hold true, and I firmly believe in The Lunar Society as a ‘thinktank’. I have been further supported by many Exec Members, past and present, just to name a few… Michael Lyons, Peter Mayer and Clive Stone … and many others. I thank them for their advice, points of view and mentorship. In a parallel existence, I, myself, work as a mentor and can appreciate the task that I have set them sometimes. I trust that these relationships will continue. What is more … the last two years have been a sort of an apprenticeship for me learning from Deirdre what to do and what NOT to do. Thank you, Deirdre.

As Chair, I do not see myself as king but as facilitator. I shall not reign but, on the other hand, guide and encourage participation from our esteemed members on the Executive Committee and the wider membership.

We have a very varied Executive Committee which I hope will reflect, in a small way, the inclusion and diversity that I seek.

Diversity and Inclusion in the wider Lunar Society is one of the main topics that I will be tackling in my term as Chair. I shall not encourage inclusion and diversity just for cosmetic reasons but more so on merit, ability and promise. You will notice that I myself am not English. I am from Malta, that little island in the middle of the Mediterranean, part of the Commonwealth, but still one of a minority.

I am glad that for the last 40+ years I have been an adopted son of Birmingham. I often refer to Birmingham as a Rainbow City, not only because of its LGBT+ community but also because of the multi-ethnic, multi-cultural citizenship, different religious communities and its multiple skill mix. Besides being more diverse, The Lunar Society also needs to be attracting more youth.

The other main topic that I plan for The Lunar Society to be spending time on is the very important topic of Climate Change.

As a learned society, I believe that we are already a bit late to the ‘party’ – so called. As the original Lunar Society members were industrialists, engineers and scientists finding solution to the then problems, working in today’s society, we should approach Climate Change with the same verve and discipline.

What would Boulton and Watt say if they saw this existential crisis that faces the whole world, let alone Birmingham?

One can say that The Industrial Revolution, which they were parents of, has resulted, in a large part, in the Climate Change that we see today. Can we engineer ourselves out of Climate Change? I don’t know!

That is the topic of the Third Boulton and Watt Lecture this year that Baroness Brown of Cambridge will be addressing us about on the 30th September 2021 at my invitation.

This year, we have already successfully had Boulton and Watt lectures on alternative non-fossil fuel sources and about the clean air zone and the future of transport in Birmingham and the Midlands. I am reliably told that Birmingham has taken delivery of its first hydrogen powered fuel cell bus.

However, Birmingham is still slightly behind the curve on this and other carbon sparing technology. However, with more discussion we can further ‘stimulate ideas, broaden debate, and catalyse action’…. yes, that’s the main strap line of the Lunar Society.

We have to use our ‘Heritage for the Future’ and apply Birmingham’s motto ‘Forward’ for the benefit of our city, …nationally … and internationally.

I will finish by quoting from Mahatma Ghandi who taught us a lot by his simple way of life: ‘Be the change that you seek’.

In closing, I would like to join Dierdre, the Executive Committee and the whole Lunar Society to thank David Clarke and Clarke Associates for the outstanding work and support that they have given us over the last seven years. We look forward to working with their successors, Dr Jo Horton and Wendy Meakin in the months and years ahead. 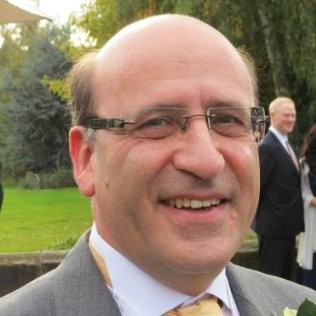