Taking a small step to leave a big footprint

Deirdre LaBassiere, a Fellow of The Lunar Society, offers a personal reflection on an issue that has long been present but which has manifested itself recently in ‘Black Lives Matter’

When I became Chair of the Lunar Society one of my promises was to protect heritage.  So, what does that mean? For me, it is protecting legacy, qualities, values, traditions and features.

The heritage of the Lunar Society has included the very real and present feature of slavery and capitalising on the same.  Amongst the original founders were also men who fought against the horrors of slavery and used their power and influence to bring about the end of the slave trade and slavery.

Fast forward approximately 250 years and, I –  a black woman – sits as the Chair of a majority white Society that has this heritage in an age where the legacy of slavery still is perpetuated in the structures, value-systems and governance of many countries, whether through social, economic and political means, around the world.

George Floyd’s dying statement, “I can’t breathe”, encapsulated the experience of many black people around the world, including me.   I have experienced covert and overt racism and it is frankly, like dying a death by a thousand cuts.  Add to that, the throw-away attitude with which many black people are dealt with – whether through biases unconscious or otherwise.  These are matters that are very present and need to be addressed through education, dialogue and changing culture.

My belief is that the black lives matter issue is not a political one but a social one.  It is something that sits at the heart of human rights of individuals and the legacy of the devaluation of those human rights 300 years ago which has continued through the centuries in many ways, shapes and forms.  This is something that Josiah Wedgewood and Joseph Sturge recognised and why they fought for the abolition of slavery.

I have heard the arguments that all lives matters or human lives matter.  Of course they do.

However, in light of the history and modern-day discrimination and racism which gives licence to authority figures to openly kill black men and women in 2020, black lives do matter. The latest deaths (being those of which we are aware that have been reported in the press) of George Floyd, Ahmaud Arbery and Breonna Taylor, not to mention the discrimination and racism experienced by black people in all strata of society, reminds us that we are falling short as a global community.

Sadly, these deaths and the experiences that black people face are ‘business as usual’ for the black community. We need to do more – and we need to facilitate the dialogue to do more and to turn words into action.  The black lives matter movement is a moment of catalyst for change which we can either use to move us forward to really ensure that all lives matter or keep burying our heads in the sand.

I know that ethnicity is only one part of the diversity jigsaw.  There are conversations we need to have about all the ways we can encourage new thinking across gender, sexuality, disability and much more.  After all, The Lunar Society is a society of thought-leaders.  Indeed, the opportunity that black lives matter gives is that we can courageously take a small step that can leave a big footprint.  The recent Lunar Society Recovery Through Change event touched on this matter and I found the honesty and openness of the discussion to be beyond refreshing.  We have been, over the course of the last year or so, engaged in more diverse representation at our events and indeed, we put on, for the first time ever, an event related to Black History Month, last year – so we are moving in the right direction, but we do need to do more.

All that being said, in the context of the toppling of statues of individuals who were either complicit or a part of enslaving my ancestors, I will say this:

Statues appear to me, to become flashpoints at times of social change because they represent an honouring of values, and reflect the hierarchies, of the times in which they were erected.  What some in one era celebrate, others then and later often reject – as we have seen in the battles over statues of Confederate heroes in the southern United States, many of which were put up long after the civil war to defend white supremacy.

I am a great believer that “people perish for lack of knowledge” and therefore, it is important to know one’s history.  The problem is that, in the UK, history has been very much skewed and ‘white-washed’.  The history that is taught here is not the history that I was taught in the Caribbean which was much more rounded and showed the good, the bad and the ugly.  To me, statues provide a record of a country’s past, and the desire to respect and understand that history of commemoration argues against dismantling them.  It is these conflicting urges that makes this area so tricky.

I believe that great figures should have a place (although not necessarily in public spaces), even when their record is tarnished.  Arguably, someone whose failings are subordinate to their claim to greatness should stay, whereas someone whose main contribution to history was baleful should go.

It is my personal view that individuals like Edward Colston who made his money largely through the Royal African Company which shipped slaves from Africa to the West Indies has no claim to remain.  Some say that Oliver Cromwell, by contrast, caused terrible suffering in Ireland, but his role in democracy’s development, could arguably, justify his presence in Parliament Square.  Cecil Rhodes was an imperialist and drove many black people off their land.  He left a huge, grubby fortune to charity.  Oriel College, Oxford has recently voted to remove his statue.

For as long as slavery existed and for the many years, thereafter, the West (including the UK, the US and the Dutch) honoured many people who happened to be slave owners.  It’s interesting that there is now a movement further to black lives matter in the Netherlands that Jan Pieterszoon Coen, who massacred thousands of Indonesians, does not deserve his plinth any more than Stepan Bandera, murderer of many Jews, should be honoured in Lviv and other Ukrainian cities.

My view is that the undeserving should be taken off their plinths and, as we have seen, determined by social consensus.

We have to deal with the difficult history – it is the only way that we can ‘love our neighbour as ourselves’ and in all honesty, do the right thing and look at history for the future without rose-tinted glasses.

Perhaps in relation to the statues themselves we need to be creative like other countries with difficult histories and find imaginative solutions. For example, Hungary puts its collection of communist-era statues in the rather interesting Memento Park – and in Mumbai, Edward VII has been put in a zoo!

It seems to me that the question is whether we understand and subscribe to the values, as a society, of the individuals who stand on pedestals and on whose shoulders we seek to stand.  The Lunar Society history is not something we can run away from.  We clearly have men who profited from the slave trade like James Watt and Matthew Boulton who did business with West Indian slave owners.  There were also men like Josiah Wedgewood – the abolitionist who from 1787 until his death in 1795 actively participated in the Abolition of Slavery cause; his most important contribution being the Slave Medallion ‘Am I not a Man and Brother’ fashioned to raise awareness of the suffering slaves and the horrors of the slave trade.

Lastly, ultimately, the statues that we need to be toppling are those of division, racism, sexism and all other inequalities and to use our platform to be honest, open and transparent in furthering our mission of stimulating ideas, broadening debate and catalysing action.

The opinions expressed in this article are those of the author.

“My belief is that the black lives matter issue is not a political one but a social one.  It is something that sits at the heart of human rights of individuals and the legacy of the devaluation of those human rights 300 years ago which has continued through the centuries in many ways, shapes and forms.” 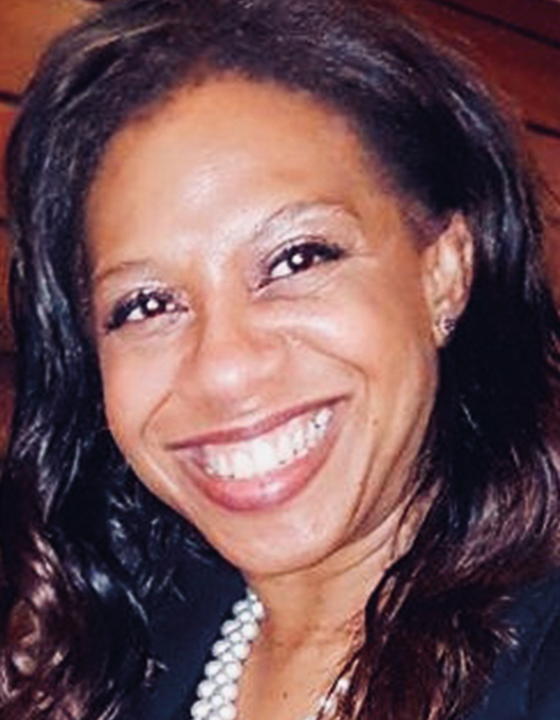