“God Almighty has set before me two great objects, the suppression of the slave trade and the Reformation of society.”
William Wilberforce October 28, 1787

History is for the future.  We live in time of advanced transformation where we can look to the past, recognise the evils, appreciate the efforts, celebrate the achievements and consider whether that immoral trade of slavery which remains rampant worldwide and has been exacerbated by the COVID-19 pandemic.

The passing of the Emancipation Act in August 1833 ended the legal endorsement of the black holocaust which began in the 1600s in which tens of millions of African captives found themselves on Caribbean plantations with trauma in their souls, bruises on their bodies, chains on their necks and brands on their chests.  These human beings, whether captured from their homes in central or west Africa or being bred on Caribbean plantations fuelled the British capitalist sugar industry.

200 years later, we still exist with the unimaginable experience of human beings – men, women and children – who are living with the horrors of slavery.  Behind some individuals there is a family or a community which have been devastated or destroyed, for others there is a solitude that amplifies their vulnerability, as a result, for all, freedom is now just a made-up word. This was recognised by the international community in 1927 by the International Slavery Convention (“ISC”) outlawing slavery worldwide.  Article 2 of the ISC required member states to take necessary steps to bring about, progressively and as soon as possible, the absolute abolition of slavery in all its forms.  However, today, millions of people are still enslaved.  Research from the Walk Free Foundation based on its Global Slavery Index 2018 estimated that in 2018 there were approximately 40.3 million slaves around the world.  These slaves range from sex workers in Birmingham UK to those subjected to forced African labour in Arab countries, through the Trans-Saharan slave trade of which the number has, today,  surpassed that of the Trans- Atlantic Slave Trade.

So, Wilberforce’s mission to abolish slavery is far from accomplished, and it is to our shame that we have not learnt the lessons from the past and that there are millions of people still suffering some form of slavery today.

Which brings me to the Modern Slavery Act (“the MSA”) and COVID19.

In 2015, an act of Parliament hailed as pioneering, for the times we live in, was passed.  It was the first Act of its kind, globally, to seek to comprehensively address both the definition, enforcement and prosecution of modern slavery crimes, but also address the predicament of victims. Another innovative feature was the effort to address the role that complex supply chains can play in masking the connection of global business to modern slavery around the world. This involved introducing an explicit requirement on commercial organisations doing business in the UK that have an annual turnover of more than £36 million to report annually on the steps, if any, taken to ensure that modern slavery is not taking place in their organisation and supply chains (or to state that no steps have been taken) (the “Reporting Requirement”).

However, the MSA, which promised greater protection of modern slavery victims and enhanced detection of modern slavery crimes, has received criticism that enforcement remains low and that the Reporting Requirement lacks teeth.  Indeed, just last year, in an independent cross-party review of the MSA which was laid before Parliament, 80 recommendations were made.   This review led by Frank Field MP (chair), Maria Miller MP and Baroness Butler-Sloss considered the provisions of the MSA, as well as transparency in supply chains, Independent Child Trafficking Advocates, the legal application of the MSA and the role of the Independent Anti-Slavery Commissioner (the “IASC”) which led to the appointment of a new UK IASC.

Significantly, the final report criticised provisions of the Reporting Requirement.  Arising out of the report, an urgent need was recognised to tackle modern slavery, particularly in light of the UK’s ratification of the International Labour Organization’s 2014 Forced Labour Protocol, which seeks to reinforce the international legal framework for combatting all forms of forced labour.  The response to this urgency for inrervetion included a commitment, by the UK Government, to take immediate and effective measures to eradicate forced labour, end modern slavery and human trafficking and secure the prohibition and elimination of the worst forms of child labour, including recruitment and use of child soldiers, and by 2025 end child labour in all its forms, as articulated in Goal 8 in the UN Sustainable Development Goals, which forms part of the global commitment to Agenda 2030 for Sustainable Development.  The Government went even further and published guidance that set out how it expected its departments to take action to ensure modern slavery risks are identified and managed in government supply chains. The “Modern Slavery Procurement Guidance” (September 2019) had been hailed by the IASC as an opportunity for the Government to “lead by example.”

And then, there was a worldwide pandemic and the Government allowed organisations to delay the publication of their Modern Slavery Statements by up to six months without any penalty in light of the crisis.

Of course, this has been a welcome breathing space for organisations in relation to their Reporting Requirements, but we must ask ourselves the question – at what human and ethical capital cost?

It is arguable that COVID19 has exacerbated the already huge problem of modern slavery as it has re-directed resources and attention away from detection, law enforcement and supporting survivors; introduced new mental and physical health risks to those already exploited; and pushed people further underground in vulnerable situations either for the first time or on-going.

In the short term, worker retention and recruitment have been significantly strained by rapid market shifts.  Increases in demand for low-paid and poorly-regulated care and cleaning services and for products from healthcare implements to PPE have led to a rise in casual recruitment and long working hours, which can in the worst case scenarios amount to forced labour.  Recently, there were concerns regarding poor work conditions in some of the Malaysian factories supplying gloves for the NHS. Additionally, bulk order cancellations, non-payments, unpaid wages and workforce cuts have pushed many vulnerable workers into dire situations where there are supreme risks of exploitation.

Medium term, a genuine concern is the regression of labour safeguards in certain countries.  Endeavours to ‘unburden’ businesses and kickstart economic recovery are rendering workers more vulnerable.  A larger variance is being created between businesses aiming only to comply with local laws and those benchmarking themselves against worldwide best practices and international human rights standards.

Supply chain resilience and flexibility is an extremely critical issue.  Those organisations that are recognising the merit of robust and sustained supplier relationships and making the time to map and know their suppliers would find it easier to understand COVID19 related risks.  They will also find it easier to identify solutions, develop and adapt to new ways of working that can become, overtime, business as usual.   Companies must consider strongly that they should not just track compliance in the usual sense but also track ethical performance of their suppliers.  This way they can confidently see risks and consider any triggers that may arise.  By doing so, they must be willing to modify and fine-tune due diligence processes and be more creative and robust with audits and data-sharing.  This in turn, will provide executive and strategic leadership with the relevant assurance around risks, a more robust basis for strategic decision-making and sometimes the ability to take bold, forward-looking action, embedding a strong culture from the top down.

So, what more can we do?

There is some outstanding frontline work being done, particularly by civil society organisations (like The Freedom Fund, the Anti-Slavery International, the Walk Free Foundation and the Issara Institute, to name a few).  However, this is not a fight just for civil society to advance to stop a veiled genocide.

In March 2019, 5,144 modern slavery offences were recorded by police in England and Wales – a 51% increase from the previous year.  I suspect the true number is much higher and will be higher still by this time next year.

Effective and impactful government and law enforcement needs to improve.  Exploitation in Leicester garment factories is nothing new and public authorities have more than enough reports and opportunities to intervene.  These same poor working practices are mirrored around the world where some governments turn a blind eye.

Importantly, businesses must take accountability for their own procurement practices and examine how these practices could possibly influence or contribute to exploitation on the ground.  Organisations that establish human rights due diligence programmes would be able to start identifying and addressing discrete risks hidden in plain sight, including by working with suppliers to improve standards.  Collaborating with frontline organisations is also a central tool for both detecting and responding effectively to modern slavery risks.

It is vital that we do not repeat, whether by design or default, the issues of the past.  We must notice and address the abuses that occur having realised and recognised them for what they are.  Just one month ago, on 23 October 2019, the bodies of 39 Vietnamese people were discovered in a refrigerated lorry in Grays, Essex. The horrifying tragedy was reported globally and shocked the world. It is a stark reminder that modern slavery – a term which encapsulates human trafficking, forced labour and other forms of human exploitation – is a significant global crisis and requires domestic and international, public and private sector collaboration – even during a worldwide pandemic.

In the words of Oladuah Equiano in his autobiography “The Interesting Narrative of the Life of Olaudah Equiano” (1789):

“Surely this traffic cannot be good, which spreads like a pestilence, and taint what it touches!”

The mission to abolish slavery is far from accomplished and it is arguable that COVID19 has exacerbated the already huge problem of modern slavery, says Deirdre LaBassiere 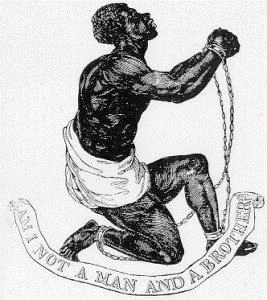