The Summer 2020 Exams. What went wrong and why?

In normal times, exams would be externally set, marked and moderated and any coursework would be subject to external verification. But as the Covid-19 pandemic surged, on 17th March, the UK government announced that all schools and colleges would close until further notice, and on 18th  March it was announced that all 2020 summer examinations would be cancelled.

On 3rd April, Ofqual, the exams regulator for England, published guidance for how exam grades for students in England would be determined in the absence of exams. Teachers would submit predicted grades for their students, which would then be ranked and sent to the relevant exam board. The grades would then be ‘standardised’ using an algorithm developed by Ofqual.

This involved the use of a complex statistical model that included teachers’ grade predictions, the rank position of individual students, students’ previous exam results (e.g. for A-Level students, prior GCSE results) and the school or college’s exam performance compared with those of other schools and colleges in the previous three years. The aim, said Ofqual, was to ‘moderate grades awarded’ and to ‘…address doubts about the consistency and fairness of teacher predictions’.

Similar arrangements were developed by the exams’ regulators of the devolved governments of Scotland, Wales and Northern Ireland.

This significantly increased the final grades. For example, compared to results in 2019:

This set the scene for what was to happen on 13th August, the date when other UK countries published their standardised A-Level results.

At A-Level this meant that:

Then it was England’s turn.

Although 96% of all standardised A-Level grades awarded to students were either the same (59%) or within one grade of their teacher assessed grades, 39% of students (around 280,000) had been awarded grades that were lower.

Ofqual attempted to defend the standardisation process saying, ‘Our initial analysis showed that teacher assessed grades were, in general, over optimistic’ and warned that, ‘…if predicted grades are not standardised, ‘…this year’s results will be around 12% higher overall at A-Level and 9% higher overall at GCSE level than in 2019’.

In response to the tsunami of complaints that followed, on 17th August the UK government followed the lead of other UK nations and instructed Ofqual to withdraw the standardised grades and replace them with the higher of teacher predicted grades or standardised grades. On 20th August, the revised examination results were published which showed that grades had been increased significantly.

The algorithm used to standardise grades in England was accused of producing results that favoured students from better off families. In actual fact it was biased in favour of small group sizes and higher performing schools and colleges. The larger the group size taking the exam, the less weighting teacher predicted grades had.

One of the consequences of the grade U-turn is that around 60,000 more students met the requirements for their preferred university place.

Figures released by University and College Admissions Service (UCAS) prior to the abandonment of the standardised grades showed that a record number of students (358,860) had already been accepted onto degree courses this year, a 2.9% increase on the same period in 2019.

Of these, 316,730 had already been accepted at their first choice university, an increase of 2.7% compared on the same point in 2019. To help accommodate the extra students, the UK government agreed with universities, including Russell Group universities, that those students whose grades had been increased could ‘self-release’ from their existing offer and accept their original first choice offer. Also, the student number cap scheduled to be introduced in England this year was lifted, including the restrictions on the numbers of places on medical, dentistry and veterinary courses.

Standardised grades awarded for Vocational and Technical Qualifications (VTQs) at Level 3 and above in England were also published on 13th August. Because VTQs involve more in-course assessment, the algorithm used was similar, but not exactly the same, as that for A-Levels and GCSE’s. Ofqual claimed that the VTQ grades awarded were ‘…broadly comparable with the results in previous years’. However, on 20th August, Pearson, the BTEC awarding body, announced that it was withdrawing the Level 3 grades previously issued and would not issuing Level 2 grades on the scheduled date. The move affected around 450,000 students. The reason for this, said Pearson, was that unlike A-Level and GCSE students, BTEC students were not given the option of receiving grades based only on teacher predictions. Pearson said it intended to revisit the BTEC standardisation process because Level 3 BTEC students could be placed at a disadvantage relative to A-Level students when applying for university and Level 2 students could be placed at a disadvantage relative to GCSE students when applying for places on Level 3 college courses.

The subdued response to the publication of the standardised VTQ grades was in stark contrast to the vitriol following the publication of the standardised A-Level and GCSE grades. Perhaps, when it comes to the vocational/academic divide, it is only the academic that really matters. Meanwhile, spare a thought for students due to take their exams next summer. Not only have they missed a huge amount of teaching, it seems very unlikely that they will be given the benefit of grades just based on teacher predictions.

Alan Birks CBE, a Fellow of The Lunar Society, is one of the most well-respected ambassadors of UK further education and an experienced former college Principal. He was Principal at South Birmingham College for 20 years, driving substantial growth, financial stability and successful inspection outcomes.  In this article, written specially for The Lunar Society, he analyses the background to what TES described as the ‘exam grade fiasco’. 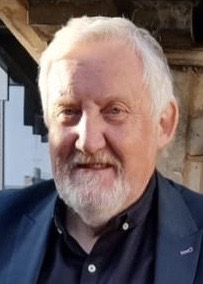